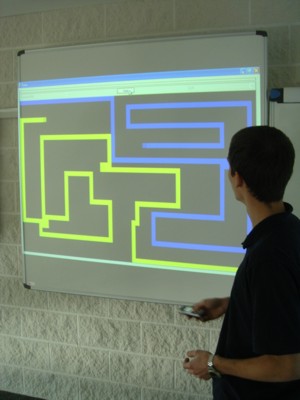 [Via Nokia Blogs]
The WII remote control is giving some fresh idea to some developers, just look at these youTube [1,2].
That’s a great way to use the Nokia 5500 in-built accelerometers…

[…]My proposition in the whole talk was that using Nintendo and the DS and Wii as an inspiration for attracting a non-traditional gamer audience (although some comments on web relating reports of my talk wrongly assumed I was suggesting phones as a replacement). I believe that accelerometers have an enormous potential for attracting non-gamers[…]

I totally agree with the last sentence :

2 thoughts on “Using gesture as an interface for mobile applications”